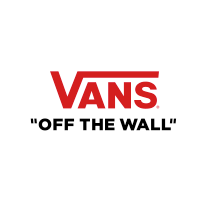 Vans flagship store in the heart of Amsterdam.

Having opened hugely successful stand alone stores in Berlin, Paris, Antwerp, Utrecht and Barcelona over the last several years, joining an already incredibly popular central London store, it was a natural progression to open a flagship store for the vibrant youth culture and retail environment in the city of Amsterdam.

Within The 9 Streets area of Amsterdam, the 140sqm retail store has just opened its doors to the public who are already flocking to see the stylish interior and popular Vans footwear and apparel offerings.

The 9 streets between Raadhuisstraat and Leidsestraat form a quarter where crafts, trades and culture have traditionally been dominant. The quarter is a paradise for pedestrians, within a radius of half a mile that offers a stunning overview of the building styles within the old centre of Amsterdam.

The 9 Streets form the ideal backdrop and the Vans Amsterdam store will house the classic and action sport footwear and apparel lines as well as feature the limited edition collaborations and the boutique Vault collection.

Vans, the original skate shoe and apparel brand since 1966, supports youth culture through action sports, art, music and street style over the world.